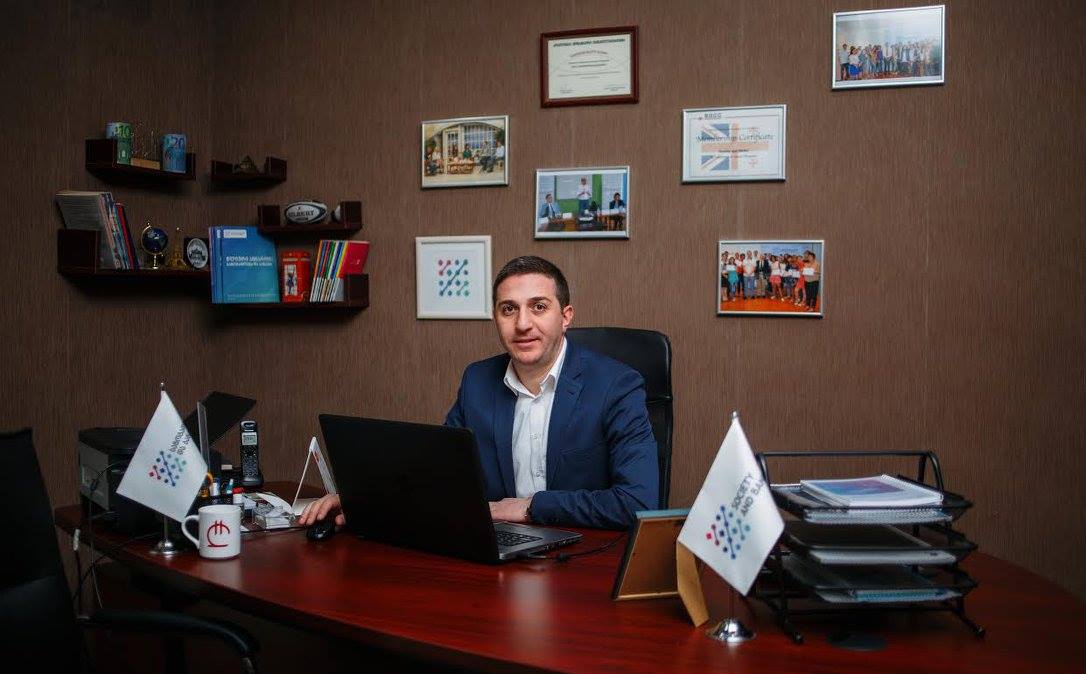 Giorgi Kepuladze is one of the incorporators of "Society and Banks", since december of 2013, he's been appointed on the position of the Chairman of the Board.

Giorgi Kepuladze received MA majoring in International Law and International Relations, at Ivane Javakhishvili Tbilisi State University. Since 2003, Giorgi has been working for many TV channels, including TV Imedi, Rustavi-2 and Public Broadcaster. From 2009 to 2013, Giorgi was on the position of the deputy director of the Information Center on NATO and EU.

Giorgi received diplomas and certificates in different international workshops and conferences, and he is the Knight of the Order of Honour. 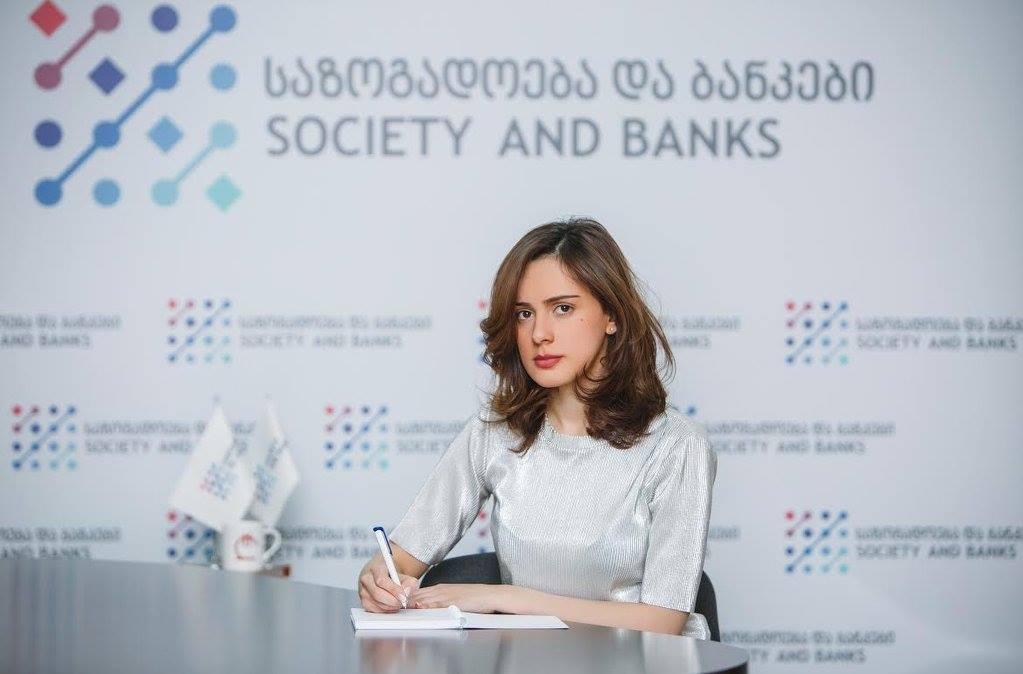 Ana Berishvili graduated from the Faculty of Economics and Business of Ivane Javakhishvili Tbilisi State University.

He worked as a Marketing Manager in Radio Hereti. He worked as a Cashier-Operator in Bank of Georgia. Ana graduated from the management academy and IREX's long-term training in "Media Sales". It works in "Society and Banks" since February 2014. 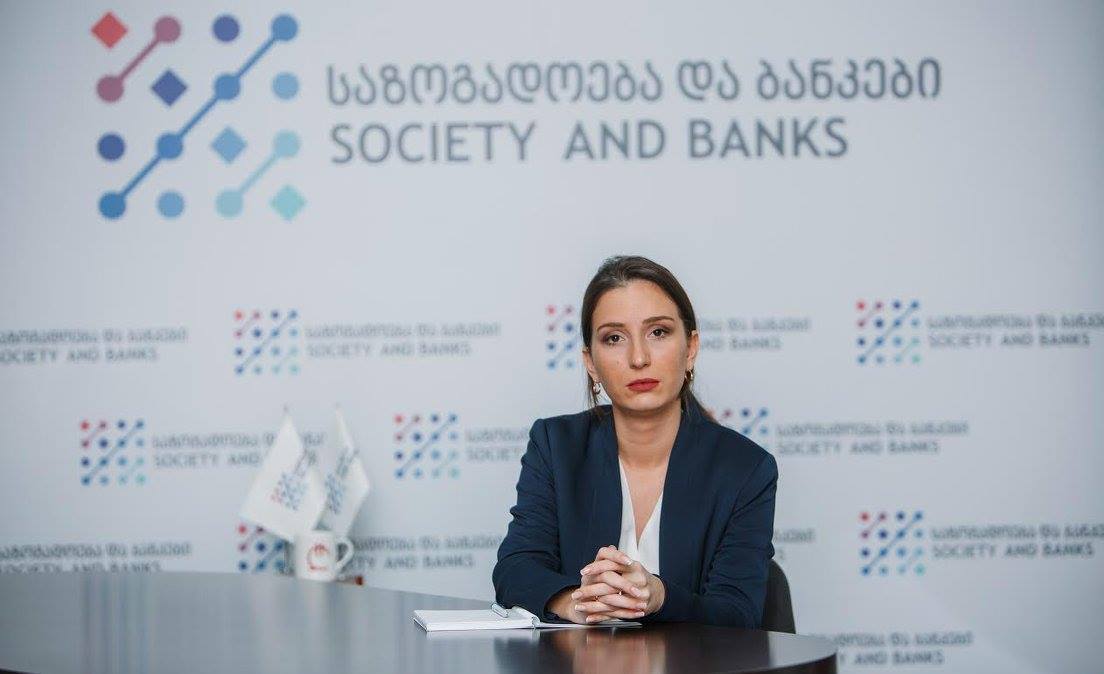 Ani joined the team of "Society and Banks" from February of 2016. Earlier she was working for the Bank Republic in the field of Credit Officer, Procesing service manager and Branch Manager. Ani has ten years of experience in the banking sector. 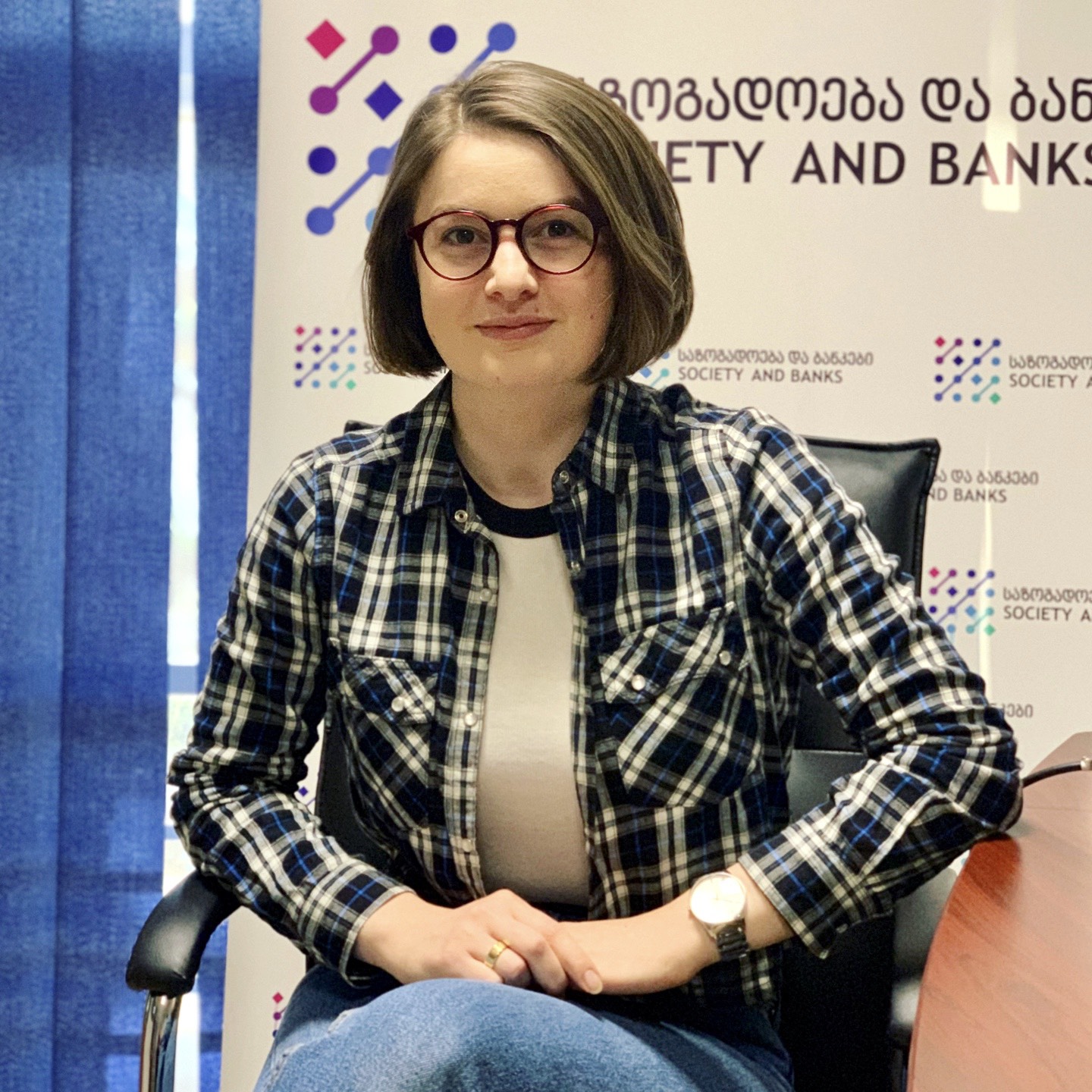 Nako Phalavandishvili joined the team of “society and banks” from October of 2018. Nako received bachelor’s degree from ivane javakhishvili Tbilisi state university at the International Economics. Nowadays, she is studying master’s program at the faculty of International Relations at GIPA. 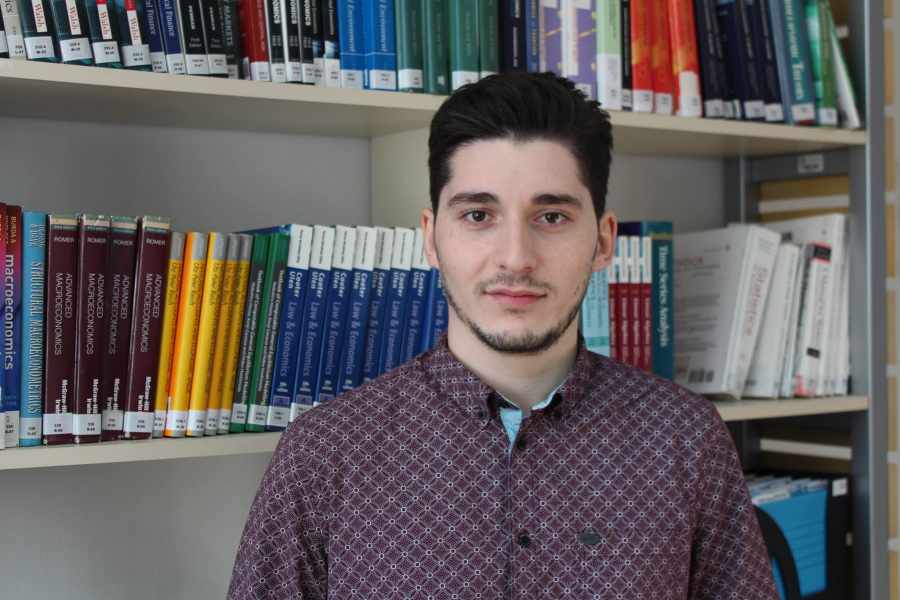 Giorgi Nebulishvili has joined the team of "Society and Banks" from march of 2020. Giorgi has received the master's degree from ISET International School of Economics. Since 2018, he has been delivering lectures at Ilia State University.

Giorgi also has working experience at consulting business, as consultant of implementing and training ERP systems. He also has participated in various local and international trainings and conferences. 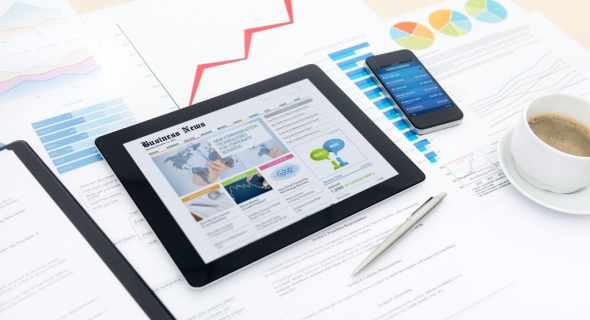 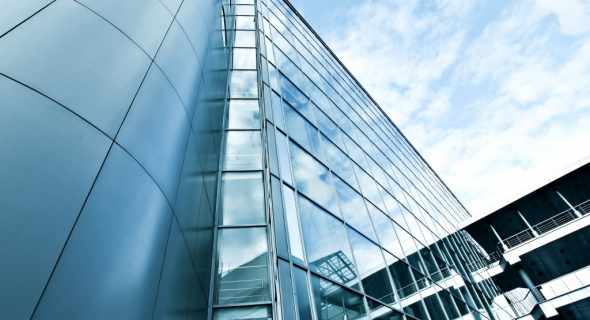 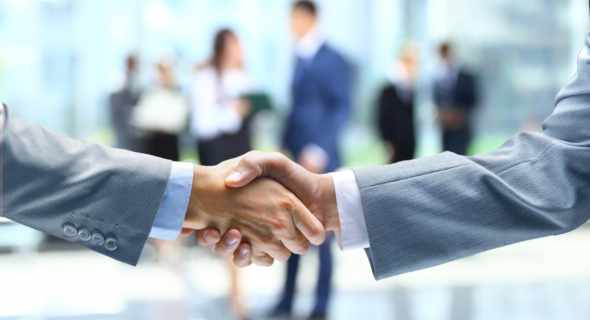